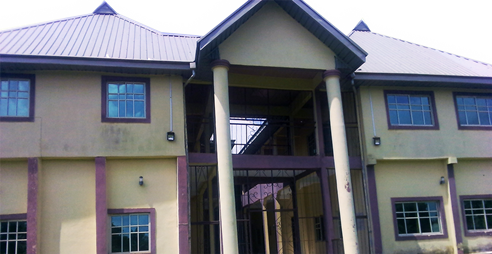 History by definition is a chronological records of events. There is no organisation without "His-story" called History. Mercy Seminary Bende is not without her history.

The institution Mercy Seminary Bende (formerly Mercy Junior Scholasticate) was the then St. Francis Xavier Teachers'' Training College. Established in 1956, it was a voluntary Agency School that was grant-aided by the then Government of Eastern Nigeria. Meanwhile, the T. T. C. phased out in 1962 as a result of bad road, lack of water and other physical exigencies that characterized the environment.

Before the actual establishment of Mercy Seminary Bende in this compound in 1978, the compound had been used as a preparatory ground for the members of the Daughters of Mary Mother of Mercy Congregation and later as a Technical school. Finally this compound was deserted again in 1965 before the Nigeria/ Biafra CIvil war ( 1967/ 1970).

After the war and with the founding of the society of the Sons of Mary Mother of Mercy( now Congregation of Sons of Mary Mother of Mercy), late Bishop Anthony G.Nwedo, Cssp, intended to establish a seminary to serve as a nursery ground for the young Congregation - Sons of Mary Mother of Mercy- in this particular compound. Therefore in March 1978, the brothers of Sons of Mary Mother of Mercy Congregation conducted the first entrance examination into the Seminary. This led to the actual establishment of Mercy Seminary Bende ( then Mercy Junior Scholasticate) by late Bishop Anthony G. Nwedo, CSSp on 4th September 1978.
Location of the school:
The Seminary is located at Etiti-ulo, in Isiala Autonomous community, Bende L. G. A, Abia state, Nigeria.
Date/Year of establishment:
4th September, 1978
Established/Founded by:
Late Bishop Anthony G. Nwedo, CSSp
Current numerical strenght:
310 Seminarians
Mode of admission:
Admission is offered intending candidates after a successful written and. oral exams.
Description of the uniforms:
(a) Sunday Wears White upon white, black tie and black shoes.
(b) Day Dress Green check shirt and sky blue trousers, sky blue stockings, black belt and black sandals.
(c) Sport's Wears: Green and sky blue
(d) School/ Class wears: White shirt, navy blue trousers, navy blue tie, navy blue stockings and black and black sandals (with navy blue/ white cardigan on Fridays).
Record of excellence:
A. Academic excellence: The Seminary has always recorded excellence academically, and was among the few schools recognized by the Abia state government for excellence in 2016 S.S.C.E WAEC.

B. Sports: Mercy Seminary hosted the 2016 Owerri Ecclesiastical province Minor Seminaries sports Competition and lifted trophies such as : Senior Soccer( Gold), Junior Soccer (Bronze) and Volley ball( Silver).
Structures and faciliies:
The seminary has 2 Academic blocks, A computer lab, library, staff room, science laboratory, an administrative block, 5 hostels., Father's Rectory, Teacher's quarters, a Chapel, visitor's lounge, Farm extensions, 2 football pitches, 1 basketball court, 1 volleyball court, 2 buses etc.
Publications:
The Mercy camera magazine is the official publication of the school
Scholarship scheme:
The Seminary offers scholarship to one of the sons of the landlords of the Seminary at a time. The congregation approves of scholarship to other students when the need arises.